We have all been there a time or two, some more than others. For some it is easy to overcome defeat, for others its like you just got car jacked, lost your job and you are getting kicked out of your house all in one day. Being defeated is not a easy thing to except, nor do you want it to be easy. You never ever want to get use to that feeling. But what do we do about it.

So you just finished your comp that you trained your ass off for, but you came in 2nd to last. Your training had you spot on for gunning for 1st, how are you to accept this. Acceptance will not come right away, nor should it ever.  If you are able to a

ccept defeat right after you find out your placing then you already have it in your mind that you were going to be defeated way before the comp even started. So you find out you placing, you have told yourself that you busted your ass for 8-12 weeks to get ready for this show. How are you to feel? How are you to react? I can truly say that after training so hard for a comp, that when I don’t end up where I believe I should have been , I have broke down crying. Now why would you break down crying (not saying that all will do this), for the men and women that bust there ass and give it all it worth during the 8-12 training weeks, you start to have that feeling that you failed yourself. You knew what you were cable of but yet you didn’t perform. Those are the athletes that truly love the sport and love what they are doing (in my opinion). After going through all of the pain of being defeated it time to accept what happened, maybe it wasn’t your day, maybe the other athletes were just better. You have to get to the point of telling yourself that its ok that this happened (acceptance) but it can never happen again.

It was his fault, the sun was in my eyes, the ground is uneven, I use a different bar when I train, Blah, Blah, Blah, Bullshit. I have heard it all before and have done so myself. Why are you blaming someone else for your own doing. Yeah there is a time keeper and a judge out there that may have an error or two, but I will say this, do more reps that you think you can, go faster than you think you could.  There is nothing worse than putting the blame on someone else. If you are that worried about the other person or what to blame them because you didn’t perform right, then I will tell you this, you are in the wrong sport my friend. No there is nothing wrong with blaming the equipment, but only when it is faulty equipment. You had a straight bar just like everyone did. you had the same yoke as everyone did. Defeat falls hand in hand with the Blame game because, oh I am sorry that you didn’t do great but now you have to blame your reason of defeat on the equipment.  If there is anyone to blame, blame yourself and accept that defeat. 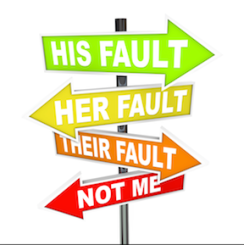 So you are not pointing fingers and you have accepted defeat, but what now? Well just like everything else you need to plan your next attack, rather it be in the gym or in the next comp. Where ever it may be, you need to move forward and plan that next attack,  Make goals, Set your sights on some PR’s on quicker yoke time, more reps on the axel press, better grip strength.  What ever it is you need to set some goals.